Under the reign of Yong Le (永乐) in the Ming Dynasty (1413), the Emperor instructed for the start of a monumental construction project here at Wudangshan. Zhang Yu Qing, a Taoist from the ZhengYi Sect, acted upon the order, and called more than 500 Taoists from nearby provinces to follow him to Mt. Wudang. Among them, around 20 were assigned with important duties and positions in many different temples. All of them considered ZhenWu to be the common deity and Zhang Sanfeng (张三丰) to be the founder of their movement. Therefore, people called them ZhenWu XuanWu Pai. In 1989, upon the common understanding, the Taoism association agreed to change the name of the sect into “Wudang XuanWu Pai”. This sect boasts classics, among which, the ZhenWu Cannon remains the mainstay.

The Taoism Sects Chronicles, an ancient book circulating the Wudang area, has the recording that XuanWu Pai was one of the eight branches of Wudang Pai.

The legacy of the Founder Zhang Sanfeng 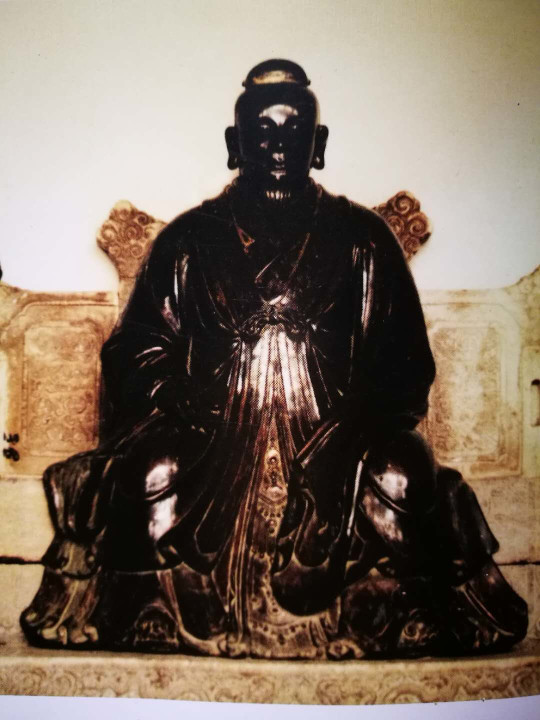 Almost 800 years after Zhang Sanfeng (张三丰) was preaching the texts of the Dao De Jing (道德经) at “The Five Dragons Temple” (wǔlóng gōng, 五龙宫) in Wudangshan, his legacy lives on. In its preservation throughout history by Taoist scholars and revolutionary heroes, the system of Wudang internal martial arts was passed on from one generation to the next, and was thus at times difficult to trace over the course of the centuries past. The Taoist culture and practices of Wudangshan had its moments of flourishing and its moments of being close to extinction. The unique arts of Wudangshan are now open to the public so that the knowledge can spread and live on forever. At the beginning Zhang Sanfeng had a humble amount of disciples who followed him to live in huts around the early temples of the mountain. They were studying the stars, energy, medicine and martial arts, thus forming the legacy we still keep alive to this very day. Based on the Taoist Principles, the knowledge about Yin and Yang, the Five Element Theory and the martial heritage of the Song Shan (嵩山) “Shaolin Temple”, this movement grew strong. A movement that would change the world of martial arts forever. It is considered that the modern forms of Taiji Quan, Xingyi Quan and Bagua Zhang were born out of this movement, and Wudangshan was, and still is, a place for people to gather for internal martial arts practice and self cultivation.

Taoist master You XuanDe is the 14th generation Grandmaster of Wudang XuanWu Pai. Coming from a family with a strong tradition in martial arts, You XuanDe had been practicing martial arts since childhood. When he turned 18 he was already assisting his father in training the Chinese Special Forces. Even though his knowledge was already on an advanced level, he left home to seek even more guidance by great masters. After studying Wudang Boxing with Wang Wei Shen, the inheritor of Wudang SongXi Pai, he was strongly recommended to go and learn at the place of origin of Wudang martial arts – Wudangshan.
At the mountain, his teachers were the foremost Wudang Taoists of their time: Tong Shen Wang (a hermit at Wudang Temple), Zhu Cheng De (Taoist headmaster) and Lu Ming Dao (who lived more than 100 years). During the 1990s, Grandmaster You demonstrated in many exhibitions and shows in helping to spread the culture and practices of Wudang all over China.
His teachings are based on Taoist principles and Chinese Medicine. Every movement has a practical application which underlines the heritage of Wudang Pai as an effective martial/fighting art. Grandmaster You XuanDe is now resident at south Wudangshan, close to Wuhan.